Uncertainty in the Workplace.

These are strange and sometimes intimidating times. A global epidemic rocked our world and changed a lot of the things that we thought are rock solid. Paths that seemed straight forward now took a sudden turn. Many of us need to adapt and adjust, and we need to do it fast which makes it even more daunting.

Already at this point, we can say that what hurt most is the economy: unemployment rate rise, retails sales plunge, and the global economy is probably going to change a lot in 2020. Many companies are reducing their workforce (if not already), some will completely shut down, and almost everybody going back to the drawing board to see how to handle this situation.

What also got hit, but without us realize the numbers, is the people’s mental health. We already know that humans don’t cope well with the unknown.

And between all these, there’s you and me, and many more - the employees who aren’t sure what will be with their position, their promotion, their team, their bonuses or generally their future in the company. This uncertainty can continue for weeks and even months, and we all should be prepared.

Unfortunately, In my last 3 jobs that spread across 8 years, I had to tackle a lot of situations similar to this (more or less, because in the end of the day, a global epidemic is something that we see once in 100 years). I don’t know if this is because of me and my risk-taking nature, or the fast pacing industry that we live in, but every once in a while I found myself up in the air without a solid ground in the landscape. I specifically chose 3 stories from my career that are very different from each other and taught me different lessons.

In those situations, I saw people completely losing it while others bury their heads in the sand and wait till it over. With time I learned how to embrace those conditions and understand this is a crucial part of me as a human and how you make lemonade from those lemons. But before we begin, something needs to be said - as I mentioned, we, as humans, don’t deal well with uncertainty. Daniel Kahneman wrote plenty about this subject. So please don’t feel bad that these times paralyze you or make is discomfort. Stress, sleep deprivation, and nervousness is completely common and legit. Even after I learned how to live with this uncertainty I still have some panic attacks from time to time, and this is another thing that you should embrace.

With that in mind, let’s get back in time:

Ah, 2015, the days where I was young, naive, optimist, and thinking that parenting will be a piece of cake. In other words - an idiot. It was my 4th year in a startup. we had great momentum, right on time for our second round of funding. But startups being startups, everything changed in a very short time.

Making a long story short - the company faced some obstacles and we had to take a pay cut for a few months. All we left to do is to sit until the management would pull off any financial solutions. Everyone was told that they can find a new place or to wait to see if they can get their missing salaries retroactive along with some bonuses.

In addition to all this, our first child was born, as a young 20 something couple, we were shocked and mainly overwhelmed (ok ok, me more than my wife), and soon enough we discovered that she suffers from serious allergies but no one knew from what.

This is how I found myself, a new father that is trying to understand what’s going on, with low salary, running between hospitals, without any mental capacity to decide what is the right thing to do regarding the startup.

After a week where I was extremely sick and with no sleep at all, I had a long discussion with my wonderful wife. I found it amazing that she was completely calm and functioning as usual and asked her for help. And she taught me 2 things that helped me a lot to go over this period:

In the end, the bet paid off and we were acquired by a big company. Soon enough I understand that this isn’t for me and I looked for something else. After a couple of months, I found a very nice startup that I liked. I went to other places, but I realized that I fell in love with that startup and decided to blow off the rest.

Naive as I was, I went to my manager and asked to quit (and relinquished a lot of money as part of the acquisition). Later that day I got some bad news - the startup had some issues, causing them to start a hiring freeze for the next few months. My new job offer was canceled. Out of nowhere, I found myself without a job and throwing too much money to trash.

I wasn’t ready to start looking for a new job, something that probably would have taken a few weeks. In the next 2 weeks, I did everything to get my job back, I tried to explain to my corporate managers that my plans were completely mixed up and begged them to take me back, I also offered to take the lead on a project that no one else wanted to take. Eventually, they agreed, but those 2 weeks were a nightmare, especially because of how surprising it was and how fast I went from hero to zero. During those days I learned 2 lessons:

For the last story, I want to jump to the last 6 months, that was certainly shaking, to say the least. In addition to a global epidemic that completely changed the world and shut down many businesses, I was working in a company that’s in the co-working industry and the business was highly affected. That’s in addition to all the chaos going on even before the COVID-19.

It was a very stressful 6 months period that started in October - by now you can probably guess which company I’m talking about, so I will just mention my plans on the downsizing of the technological org. But it was clear right from the beginning, that I should start to prepare. Learned from my previous experience I knew I needed to think deeply about what’s next and plan for a couple of options. I took the time and started checking all my alternatives, taking it easy knowing I have a couple of months to do the market research, mapping the options, and prepare for interviews (this was the first time in my career that I’m going to be in the interviewee seat and actually do whiteboard questions).

The preparation helped when the uncertainty levels got higher and higher (and it surely went pretty high). It also paid off because I got what I wanted in May and found a place that hopefully will be exactly what I wanted. I still had some restless nights but I saw the difference and the toll it had on some peers.

What helped me most to go over these challenges times was mainly:

The employment landscape is changing at a fast pace, due to employees, fast-growing companies, and the crazy financial landscape. That brings a constant level of uncertainty that adds up. Whether we like it or not, with this pace comes uncertainty at times and we have to create the tools for ourselves to handle it.

In this post, I described a couple of times in my career when I needed to handle uncertainty, and you saw it happens both in small and big companies. Here are some points to pay attention that can help you go over these hard times (without any particular order):

And remember - it’s hard. Most of the people don’t handle these kinds of events well. Try to share and talk with the people around you, it’s much easier to handle it with a group than alone. 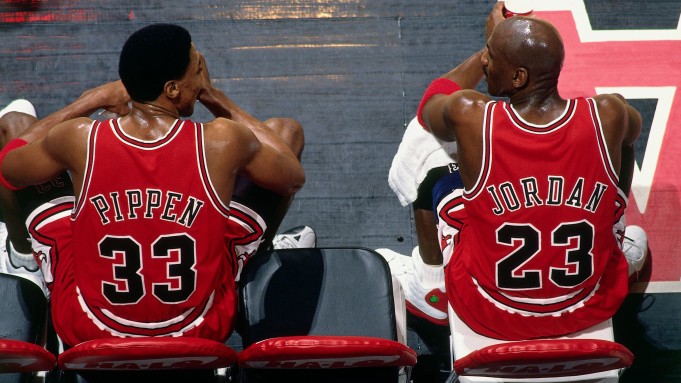